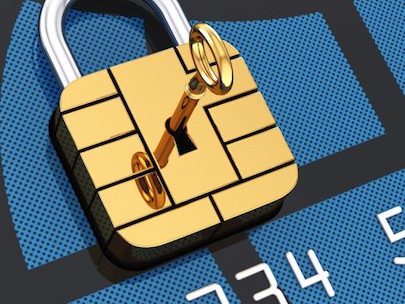 EMV is relatively new to to the merchant service industry in the United States. Started in Europe, EMV or Euro/Mastercard/Visa was implemented into the mainstream business population because of the large amount of fraud. Due to it’s success in the reduction of fraud, the United States made the shift to EMV and is now a requirement by all businesses throughout the nation as of October 2015. Most of the nation has currently been upgraded to the EMV platform, however for those merchants that have not made the shift to EMV are responsible for any or all the liability of the transaction.

Here’s a little information or description of EMV. Basically, smart cards are embedded with a chip that is encrypted with data. EMV-enabled devices have the ability to read data stored on a chip within the card. During the transaction authorization process, strong cryptographic functions are used to validate the authenticity of the card and cardholder. Best of all, when a customer pays using an EMV-enabled device, the device is instantly identified as an authentic, approved payment instrument through a process called dynamic authentication. When used with a PIN, the chip proves that the customer is paying with his or her own card. By using chips as an active part of the payment transaction, EMV cards and devices help prevent credit card fraud from stolen account numbers and cloned payment cards.